Angelina Jolie Will Take to the Stage in a Maria Callas Biopic! 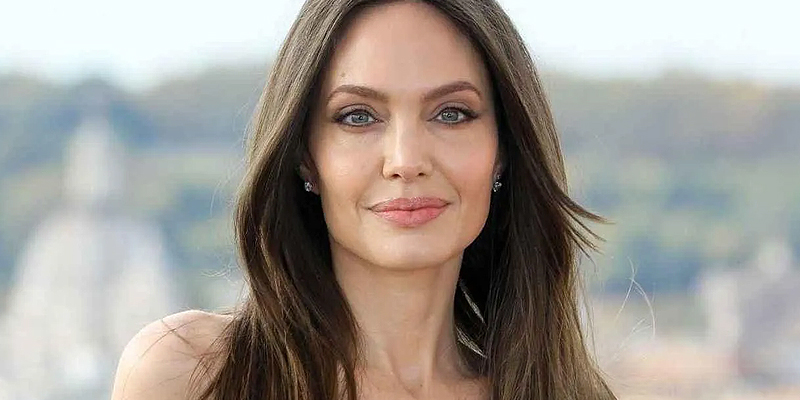 Pablo Larraín has a type. After bringing to life Mrs. Kennedy’s response to JFK’s assassination in 2016’s Jackie and dressing Kristen Stewart in vintage Chanel as Diana, Princess of Wales for 2021’s Spencer, the Chilean auteur has tapped Angelina Jolie to play “La Divina,” Maria Callas, in a forthcoming biopic.

Referred to as “the Bible of opera” by Leonard Bernstein, the Greek-American Callas is perhaps the most famous opera singer of the 20th century, ushering in a revival of Bellini and Rossini with her performances at La Scala (although it’s her performances of Tosca at Covent Garden that are frequently described as some of the greatest of all time). Her talents, however, were frequently overshadowed by the drama in her personal life. As Callas herself once said, “Wherever I am, it is hectic.”

Perhaps most famously—after a difficult childhood and tumultuous first marriage to business tycoon Giovanni Battista Meneghini, whom she accused of stealing from her—Callas began a decades-long relationship with the shipping magnate Aristotle Onassis, who would go on to leave her for Jackie Kennedy. Beyond being estranged from her family (she once declared that her mother would have to throw herself off a roof before she would give her any cash), the soprano had a long-running feud with her rival at La Scala, Renata Tebaldi; to compare their voices, she once told the press, would be like comparing Champagne with Coca-Cola.

As is Larraín’s wont, the film will home in on a specific period in Callas’s life: her final days in Paris in the 1970s, before her death of a heart attack at the age of 53. Steven Knight—who wrote the screenplay for Spencer—will be penning the script, although it’s yet to be confirmed whether Jolie will actually sing in the biopic. It seems she’s up for the challenge, though. “I take very seriously the responsibility to Maria’s life and legacy,” the actor said in a statement. “I will give all I can to meet the challenge. Pablo Larraín is a director I have long admired.” As for Larraín? “Having the chance to combine my two most deep and personal passions, cinema and opera, has been a long-awaited dream,” he said. 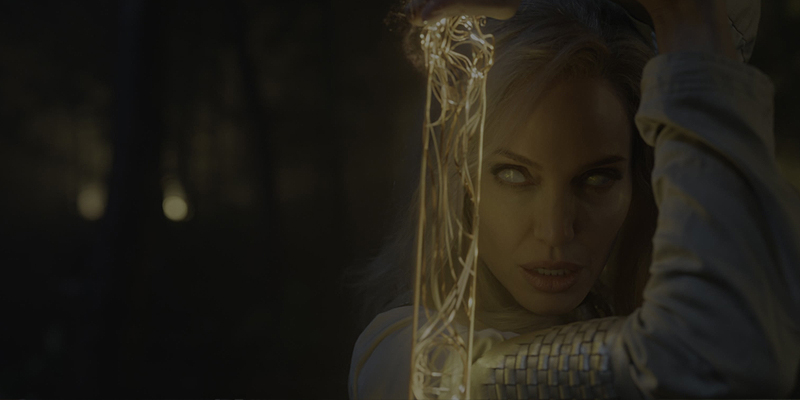 Added some UHQ screen captures of Angelina Jolie as Thena in Eternals. Check them out in the photo gallery! 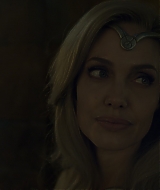 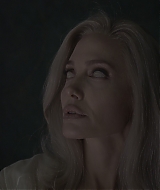 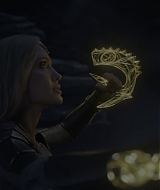 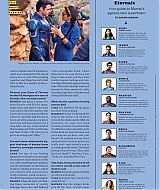 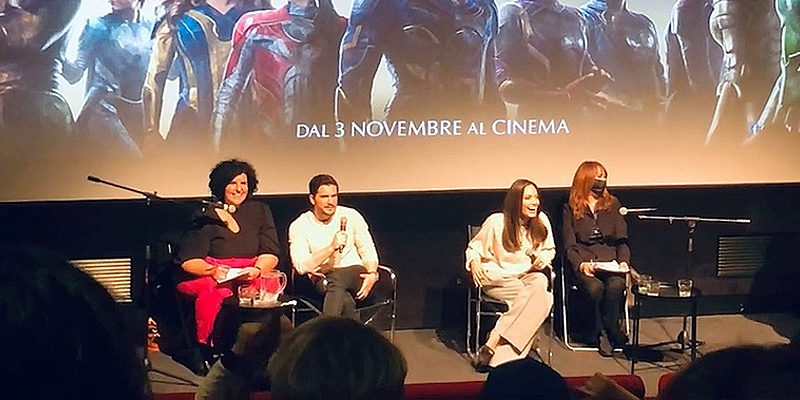 Added new pictures of Angelina Jolie attending the Rome Screening on October 25. Check them out! 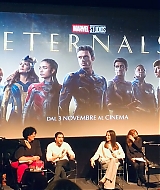 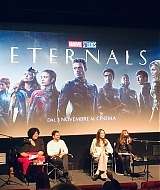 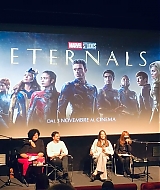 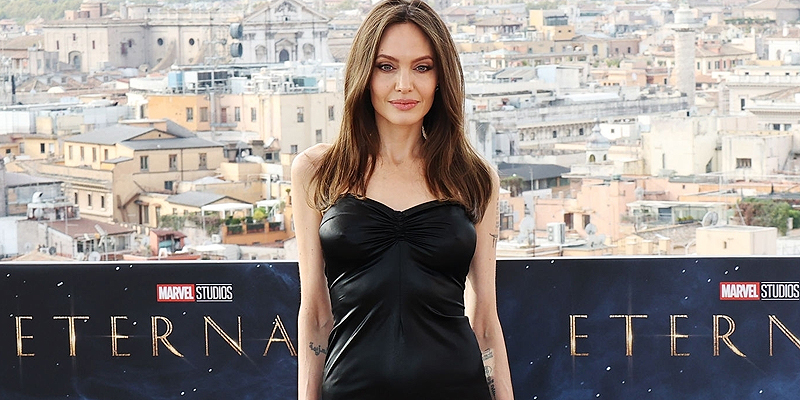 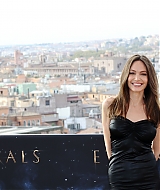 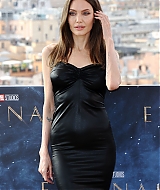 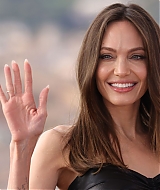 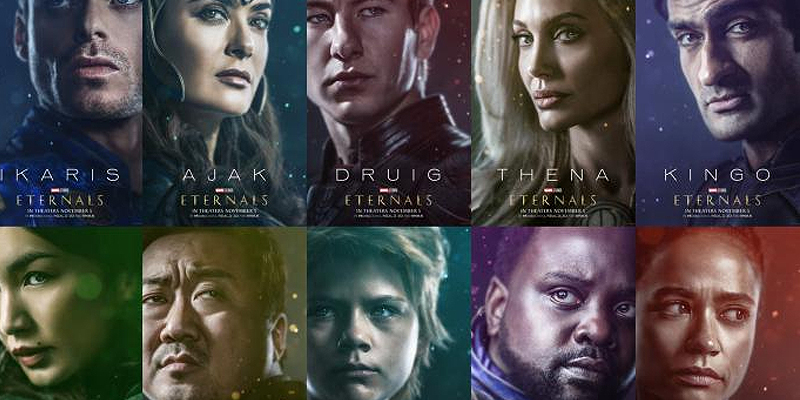 Exhibition need not worry: After October’s vibrant box office, there is indeed more blockbuster business to come in November. Deadline has learned that advance ticket sales for Disney/Marvel’s Eternals, opening on Nov. 5, are already quite huge.

Insiders say advance sales for the movie from Oscar winning filmmaker Chloé Zhao, is estimated to have racked up $2.6M in its first 24 hours; an amount that’s +86% ahead of Shang-Chi and The Legend of the Ten Rings ($1.4M) and +30% ahead of Black Widow ($2M) over the same period of time. For No. 1 exhibitor AMC, Eternals reps their largest day one sales so far this year. Eternals tickets went on sale Monday.

Black Widow shaped up to be the biggest opener of the summer, now second biggest domestic opener of the year, with $80.3M after Sony/Marvel’s Venom: Let There Be Carnage with $90M. Shang-Chi is the third biggest opener of the year with $75.3M over three days of the four-day Labor Day weekend. Black Widow, which went day-and-date theatrical on Disney+ Premier, has grossed $183.6M at the domestic box office. Shang-Chi, which was released on a pure theatrical window, is the highest grossing movie at the domestic B.O. year to date with $213.8M. Shang-Chi will hit Disney+ on Nov. 12, Disney+ Day, free to subscribers. The biggest November openings for Marvel movies are Thor: Ragnarok ($122.7M), Thor: The Dark World ($85.7M) and Doctor Strange ($85M).

Since the last trailer debut of Eternals in August, fans online have noted the diversity of the film’s ensemble cast. Fans have also taken note of the fresh tonal and visual style of the film, giving credit to Zhao. Eternals follows a group of heroes from beyond the stars who had protected the Earth since the dawn of man. When monstrous creatures called the Deviants, long thought lost to history, mysteriously return, the Eternals are forced to reunite in order to defend humanity once again. Gemma Chan plays humankind-loving Sersi, Richard Madden is the all-powerful Ikaris, Kumail Nanjiani portrays cosmic-powered Kingo, Lia McHugh is the eternally young, old-soul Sprite, Brian Tyree Henry plays intelligent inventor Phastos, Lauren Ridloff is the super-fast Makkari, Barry Keoghan is aloof loner Druig, Don Lee plays powerful Gilgamesh, with Kit Harington as Dane Whitman, Salma Hayek as the wise and spiritual leader Ajak, and Angelina Jolie as the fierce warrior Thena.

After the return of half the population in Avengers: Endgame (2019) ignites "the emergence", the Eternals—an immortal alien race created by the Celestials who have secretly lived on Earth for over 7,000 years—reunite to protect humanity from their evil counterparts, the Deviants.

When a piano virtuoso is diagnosed with ALS, his estranged ex-wife takes up the cross of caring for him, and he is forced to balance reconciling his failed relationships with redefining his pursuit of greatness.

Angelina Jolie Web is a unofficial fansite made by fans for share the latest images, videos and news of Angelina Jolie , so we have no contact with Angelina or someone in her environment. The images, videos, news, etc, posted on the site belong to their respective owners, except for our graphics, desings, etc, that only belong to angelina-jolie.com. If you copy/take something ours, please give us credit.

© 2021 Angelina Jolie Web / Theme by Sin21 & Megan / Back to top / Homepage
Angelina Jolie Web is an unofficial fansite run by fans and is in no way affiliated with Angelina Jolie, her management, or any representation there of. We take no ownership rights to any photos, media or information posted on the site. No copyright infringement is ever intended. If you feel any of the material rightfully belongs to you and want them removed, please contact us before taking any legal action. All original graphics and content belong to Angelina Jolie Web.